Save the Forest - 15 years later

This summer marks the fifteen year anniversary of the production for Save the Forest. I remember much of that shoot, good and bad. Honestly, they're was not much bad, if any. The summer was hot. We were sweating even while shooting at night. And some of those nights were long ones. Save the Forest tells the story of a group of movie theater employees trying to stop their small-town theater from being sold and turned into a multiplex. Insert a romantic love story with two of o

I've been talking Raiders of the Lost Ark all week. Tonight, I watch. Will you watch with me? If you've got it on Blu-ray, DVD, VHS, drop it in your machine around 8pm and press play. I'm pretty sure the movie is available on Hulu.com. If not there, I think Amazon is the site. Not Netflix. I know that. But you should own the movie already. So get your favorite movie snack and drink. Kick back in your favorite chair or spot on the couch. And let's revisit Indiana Jones when we

This will probably make me feel old and make you think I'm old, but remember when songs and movies were thought of in the same breath? When you can listen to a song on the radio and remember the movie it either premiered in or was a big part. The Breakfast Club - "Don't You (Forget About Me)" Top Gun - "Danger Zone" St. Elmo's Fire - "Man in Motion (St. Elmo's Fire)" Rocky III - "Eye of the Tiger" Footloose - "Footloose" (Duh!) The list is long. (I know my wife is yelling abo

What happened to the rom-com? Where'd they all go? I did a quick, unofficial Google search for romantic comedies and the closest one I found listed was Silver Linings Playbook. While I enjoyed that movie, it's not a romantic comedy. It has elements, but it's not a rom-com. The next closest was Crazy, Stupid Love, which I like quite a bit. But again. Not a romantic comedy. The Proposal. Ok, not bad. That works. After that was Forgetting Sarah Marshall. Now, I wasn't a biggest

Just give the character Hobbs his own movie. #F8 #FastandFurious #Hobbs #movies 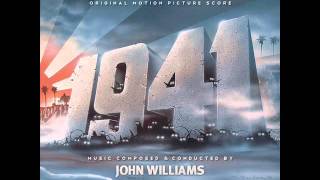 It's fantastic. I can listen to it over and over again. And the movie ain't half-bad either. Not the theatrical release. You want the director's cut. Find the director's cut and enjoy. #1941 #soundtrack #movies